My DM-Codex remake was getting a little too big (filesize) and I wanted to scale the whole map up a bit since it was starting to play a bit too tight after multiple in game changes to movement and player scale over several months.

I decided to redo the whole map from scratch, significantly reduced the filesize in the process and released that. Now I'm polishing it up and adding details. It's getting bigger again, but not as big as before, plus it's more detailed and looks better too.

Here are a few quick screenshots taken in the editor. 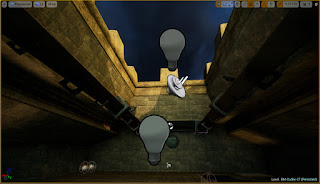 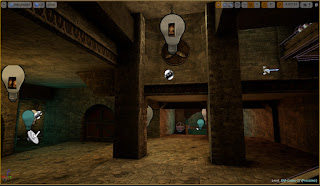 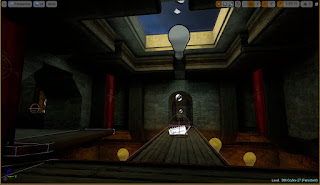 Note: There is something wrong with lighting builds in the current version of the editor. It seems like bounced lighting isn't being applied correctly and messing up the shadows. It'll look better once that's fixed (hopefully in the next version of the editor which rumour says is coming soon).
Posted by MoxNix at 14:08 2 comments: