I just found this new permanently free package on the UE4 Marketplace. Downloading it now but it looks like an amazing pack for industrial / factory interior maps.
Factory Environment Collection 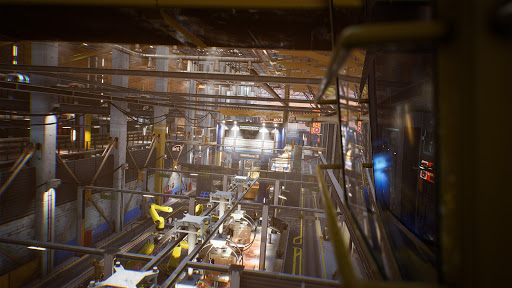 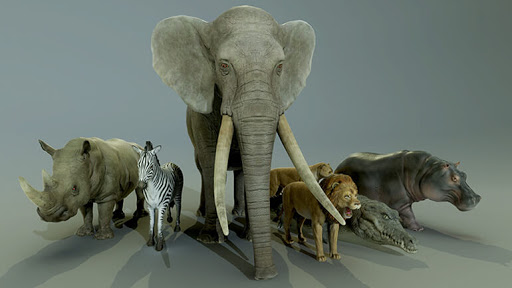 I've been working for a while on a large new deathmatch map, tentatively named Titan Fortress.

To keep the filesize down I decided to mostly use assets from CTF-TitanPass. I started with 2 meshes (mirrors of each other) that make up the ground in TitanPass mid and added castle wall / tower assets from the UE4 Vehicle Game demo.

After trying a bunch of different things and finding the filesize kept getting too big very quickly I eventually decided to use several more ground meshes as well as the "skybox" / background setup from TitanPass too. That reduced the filesize significantly but makes the map more similar to TitanPass than I wanted, hence the name. If you're very familiar with TitanPass you'll definitely get deja-vu on this map.

Then I made a landscape material and a few custom ground meshes. I also added some odds and ends from other sources. Barrels, gargoyles, banners, metal spikes/spires and so on.

Here are some screenshots showing progress made so far. 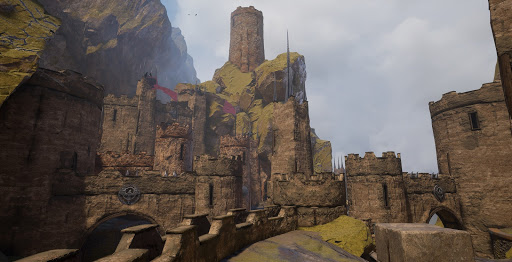 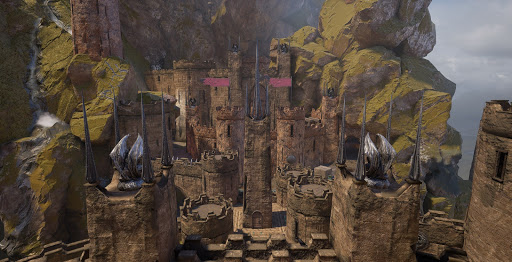 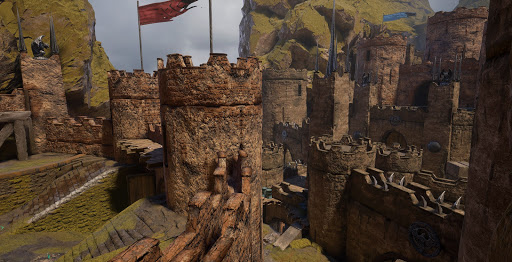 The lower middle parts of the map probably won't change too much from what's in the screenies above but I'm still working on blocking out the layout and meshing behind the highest walls on both sides of the map.

Let me know what you think!