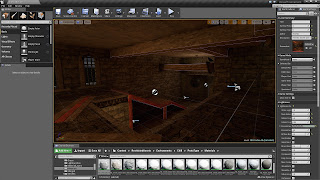 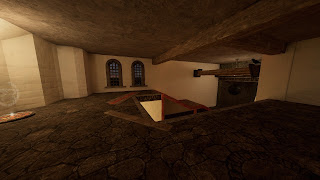 I might start using more custom (non-stock that is) materials and meshes like the ones from various UT4 tech demos simply because there aren't any problems with them changing and breaking maps every 2nd build! Yes, the pak files will be larger but at least they won't break every time someone at Epic arbitrarily decides to change things that weren't broken.
Posted by MoxNix at 00:03 2 comments:

UT4 Quote of the Week

Maybe I was a little quick declaring a UT4 forum quote of the year recently... Found another good one today!


Im gonna be alittle harsh, what good is a crosshair if you cant hit whats directly under it anyway *mic drop*

source
Posted by MoxNix at 01:59 No comments:

There's a lot of complaining about performance in the latest Unreal Tournament 4 build. Much of it from players who didn't have (or didn't notice) any performance issues before. Some have big freezes lasting several seconds, others have some less severe combination of stuttering, input lag and large FPS drops.

For still others (I was one of these) the game feels like they're playing a couple seconds behind everyone else. Typically it's far more noticeable online than offline and gets progressively worse with time.

I think I know what's behind most of these performance problems. Its your sound card, or rather your lack of a sound card.

I'm guessing most of those with performance issues are, like I was until recently, using onboard audio. In other words, you don't have a soundcard. And it's probably a Realtek chip too (by far the most commonly used mb audio chips).

Myself, I have MSI H81M-E33 motherboard with Realtek ALC887 audio. I've been having UT4 performance issues all along (going on 1.5 years with this mb) until a couple weeks ago (before the latest game build). I got a Kingston HyperX Cloud II headset a few months ago, which has it's own built in 7.1 sound, but I didn't turn off the onboard audio until recently.

The game never played very well for me online. In fact it was pretty much unplayable with anything much over 40 ms ping. Even with 40 or less ping, it wasn't great, but it wasn't too bad either... At least for a little while, but the longer my play session lasted, the worse it got. And it kept getting worse with each new build too. The last couple builds it was rarely playable for an entire 10 minute match.

Then, a couple weeks ago I turned off the onboard audio in the bios, started a local (offline) match and immediately noticed a big difference. The game felt much smoother and more responsive. I added a few bots, the bots were way slower to react than ever before, much easier to kill them and much easier to avoid their fire.

After a couple minutes I realized I could see rockets coming... I could react after they were fired and consistently dodge them... Even at quite close range...  Unbelievable!

So I went online with similar results. That was a couple weeks ago, since then playing online has been far more enjoyable. It's not perfect, but there's a whole lot less warping, hit registration is more reliable and though rockets are still difficult to dodge online (I blame the netcode, prediction and time rewind on that), I can play ok with higher ping too. 70 ping isn't bad now and even 90-100 is mostly playable as long as the other guys aren't all pretty good.

So for all of you having performance issues, especially those with Realtek audio chips, try turning off onboard audio in your motherboard bios and see if that helps. I bet in most cases it either solves the performance problems or at least makes a very noticeable improvement.

Whether it's the sound chips and/or drivers from a specific vendor (Realtek) or from multiple vendors and whether it's a problem with the actual chips/drivers or just a problem with how Epic uses them, I can't say for sure. But it sure seems like onboard audio has an awful lot to do with performance issues in UT4.

I would post this on the official UT4 forums... Except I can't.
Posted by MoxNix at 17:13 No comments:

UT4 Quote of the Year

One of the best comments I've ever seen on the Unreal Tournament 4 forums and certainly the best in a year or more.. 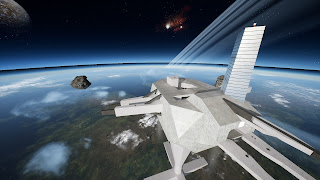 
Feedback is always welcome!
Posted by MoxNix at 19:35 No comments: 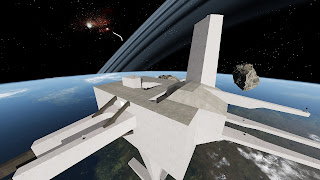 It's pretty basic atm, just a BSP shell with basic lighting, materials, reflections, bot support (navmesh) and the "skybox" from CTF-Face (pretty much the only "space" skybox assets in the game right now). Most pickups except ripper and ammo for a couple other weapons are in.

I'll do some more and likely release a first playable version for the next game build (expected sometime this week).
Posted by MoxNix at 17:33 No comments:

Most of the maps I'm working on are getting quite large though and I don't want to subject players to constantly having to download large new paks all the time. So while I've slowed down on uploading new paks I am still working on the maps.

Lately I've been doing a lot of work on my DM-Bishop remake. Mesh work, showdown support, cleaning up the navmesh, collision, lighting and so on. 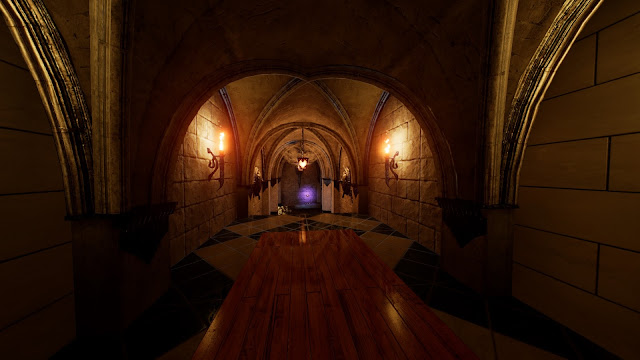 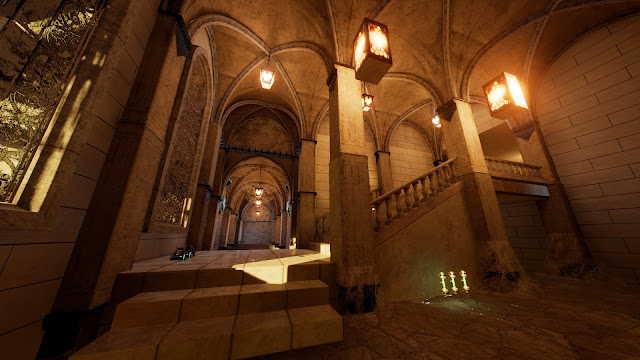