Then a couple days ago they released a video segment talking about the direction the game will be taking and showing off some artwork produced by art director Chris Perna in UnrealEd (not really a playable level, more of an artistic style and proof of concept type thing). 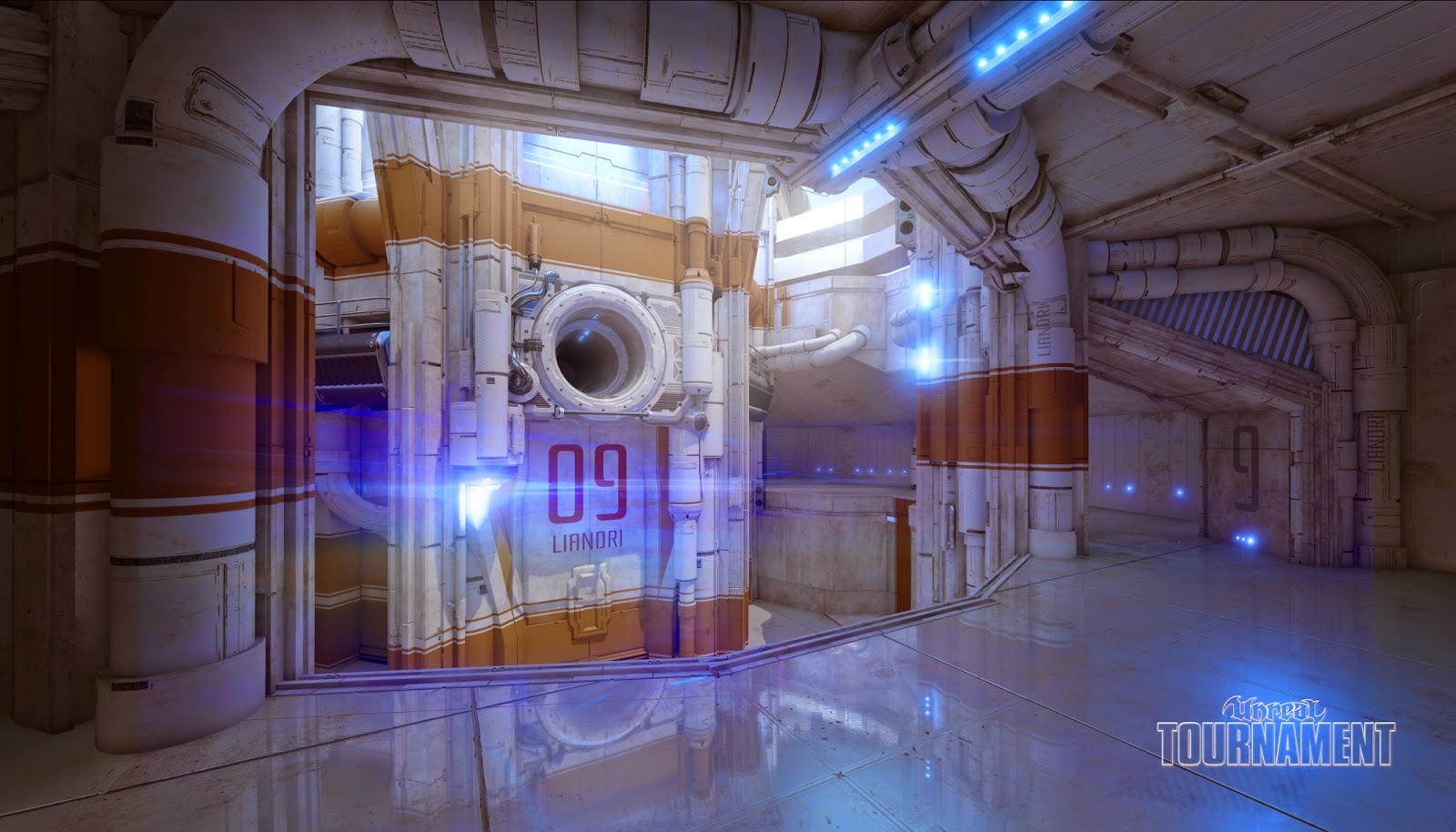 It looks great! A nice clean, realistic look and though the video segment below is quite long (49 minutes) they talk about a number of interesting things.

One of the more radical concepts being that though the game itself will be free, players will be able to create content (mods, levels, meshes, etc.) and sell them in a "marketplace" where the proceeds will be split with Epic.


While it all sounds interesting I have three major concerns

2. Double jumping was the main factor that hordes of original UT (1999 version) fans hated which ultimately killed UT 2K3 and beyond for most of us. Yet double jumping is specifically mentioned in the video as if it's an integral part of the game. Big mistake, if they want the original UT fan base to take the 2014 version seriously they need to get rid of double jumping, or at the very least make it a mutator, not part of the default game.

Then again, it's a double edged sword. If double jumping isn't included, that'd probably upset nearly as many potential players as having it in would. Either way it'd be nice for both groups to know if it's going to be an FPS shooter or a 3D platform jumper with guns.

3. Unreal Engine 4 has recently been made available to developers for a $19.00 per month subscription fee. I sure hope they aren't expecting everyone who's thinking about making maps for UT 2014 to pay $19.00 a month just to get access to the map editor. If that's the case (and I'm pretty sure it is) they should just come right out, say so and admit licensing the editor is their real projected revenue stream.
Posted by MoxNix at 21:54