Following up on yesterday's post about PLEX breaking the 800 million ISK barrier recently here's an example of the business I've done so far this month on PLEX in just one region, Black Rise. 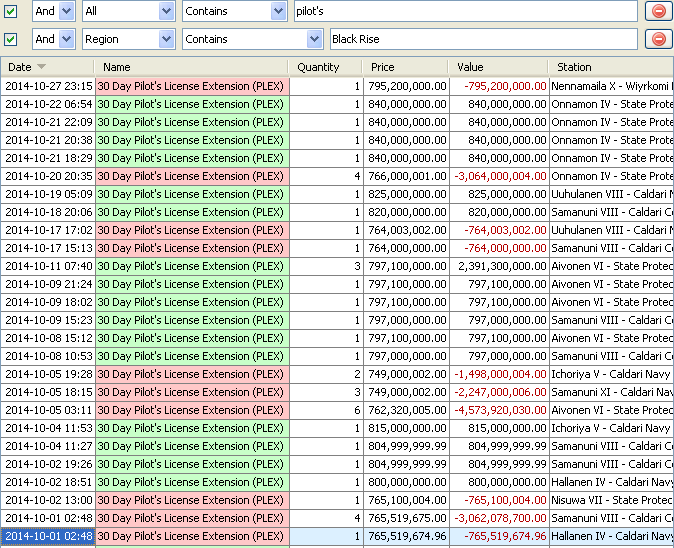 Business is hot and cold in Black Rise but I find it to be one of the better regions for my dabbling in the PLEX market. There isn't enough volume to attract the really obsessive bots so margins are often much better than on the main hubs.

So far in Oct I've bought 23 PLEX, sold 18 and I just put number 19 up for sale a few minutes ago. The other 4 were used to resubscribe accounts. I made good profits on all of them too with markups ranging from about 32 million up to about 74 million.