Just another quick update on my PLEX market venture. 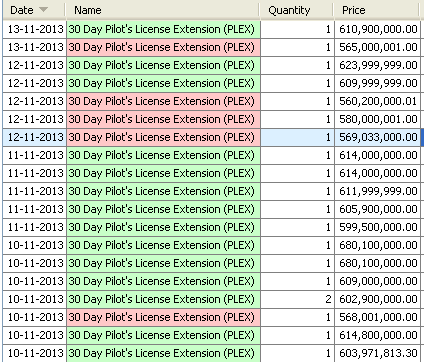 I'm starting to use the PLEX market as a general indicator of market movement and a pretty good barometer of how lively the overall market is in the area. When PLEX sell in a particular region it often means a bunch of other stuff sells soon after.

The more PLEX move, the more players are around and the more ISK is being spent.

In the slower regions I find if PLEX move in decent numbers over time, most other things will move eventually too. If PLEX aren't moving very much at all that seems to indicate there aren't many players or much ISK being spent in the area at all and other things don't sell very well either.

Which leads to a new rule of thumb for me. If PLEX move ok, so will just about anything else.
Posted by MoxNix at 16:20