I've been saying for a while now that PLEX prices would drop soon and it looks like it's finally started. Buy prices have suddenly dropped from 590 - 610 mil to 575 mil or less nearly everywhere. Some of the more off the beaten path regions do still have higher buy prices but only for small numbers. Those will likely disappear quickly, unless I miss my guess, probably overnight. 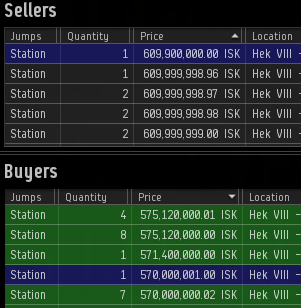 That's in Hek, right next door in Rens buy prices are even lower. Time to log onto the Rens trader, right now! 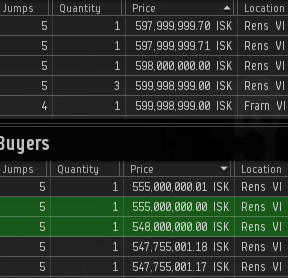 PLEX prices historically tend to reach their highest point of the year in October or November and drop after that.

This is contrary to most other markets which (IME during the time I've been playing anyhow) tend to drop in price in the fall and reach their lowest point around the same time.

Over the next while we can expect PLEX prices to drop further and prices for everything else to eventually start going back up.

Many things could be behind this seasonal trend but the most likely culprits are students. Summer vacation ends and they go back to school. Exactly why is more difficult to say.

Some believe it's because with the students back in school they have less time to play. I don't know about that though, from my experience in other games, it's exactly the opposite. Students tend to game the least in the summer when the weather is nice and they're off school.

My theory is it's because as a group students are major suppliers of PLEX on the market (buying with real money and selling for ISK) and big buyers of other items with the ISK. In the summer they aren't playing as much so the supply of PLEX goes down while demand remains relatively high and prices go up. They aren't buying as much of anything else either so demand for everything else goes down while supply remains fairly constant and prices go down.

In late fall, after an initial "settling back into school routine" period both trends start to reverse. Prices for PLEX come down and prices for other things go up.

In both cases the market takes some time to adjust to the presence or absence of students. At the start of summer there are a lot of cheap PLEX on the market which have to sell off before PLEX prices go up. At the start of fall there are a lot of other items on the market for sale cheap, they have to sell off too before prices go up on them. That takes a month or two and only then do prices start to react significantly.

At any rate, it explains why PLEX prices go up in the fall while virtually everything else goes down. If someone has a better theory, I'd love to hear it.