I do "Milk Runs" frequently, where I gather up everything not worth posting where it was bought and transport to a neighboring region (always in a Blockade Runner and usually on autopilot). I post whatever's worth posting there, gather up stuff in that region, make up another load and send it off to the next region.

Rinse and repeat until I've had enough for the day. The next day (or maybe a few days later) I'll continue on from wherever I left off until I've hit all my traders or there's not enough unposted stock left to make another trip worthwhile. When enough stock piles up to make another milk run worthwhile I start the process all over again.

Important note: All my traders fly Blockade Runners, doing similar milk runs in anything else wouldn't be nearly as safe. Especially not on autopilot as I usually am.

Here's an example of one day on the milk run.

The first thing I did was sort my Assets in jEveAssets with the most assets at the top to see where I had the most stock lying around unposted.

The first 2 traders had over 12 billion in assets each. Since those are the traders of Hek and Rens, it made sense to start the milk run off in Minmatar space. So I posted some stuff on Hek, then contracted 8.6 billion worth of stock from Hek to the trader on Teonusude in Molden Heath. 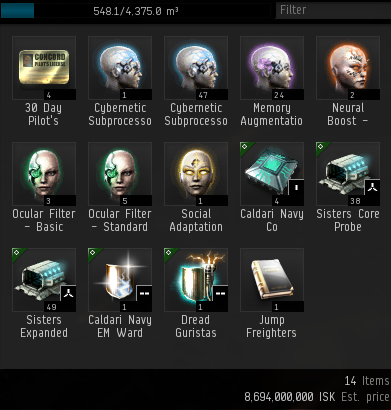 The Teonusude Trader posted a few things (not much, only 2 or 3 billion worth), added some implants to the load and contracted a bit over 7 billion worth off to Rens. 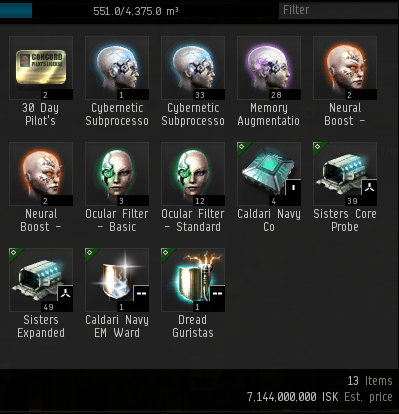 The Rens trader picked it up, flew it back to Rens, posted a bunch of stuff and added a bunch more to the load. He contracted over 15 billion off to the Berta trader in Derelik. 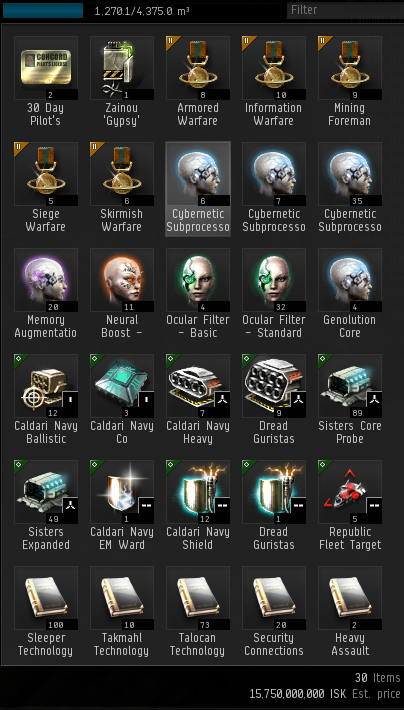 The Berta trader picked it up, flew back to Berta, posted some of it there, added a few things to load and contracted 13 billion worth of stuff off to the next trader in line.

In all it took about 4 hours real time (mostly AFK) and maybe 15 minutes where I was actually at the keyboard. I spent more keyboard time on this post than on the actual trip.

Just in case some ganker reads this and gets the bright idea it might be worth his time to kill all BRs leaving Berta for a day or two... The milk run was long gone from Berta before I posted this.
Posted by MoxNix at 08:26